Join us for a talk with Andre Agassi about his leadership on and off the court.

After turning pro at the age of 16, tennis prodigy Andre Agassi rose to international fame, earning 60 men’s singles titles, including eight Grand Slam singles championships, over a 20-year career.  A former World No. 1 player, Agassi is the only male player ever to win all four Grand Slam titles and an Olympic gold medal.  He was also a member of three winning Davis Cup teams (1990, 1992 and 1995).  On July 9, 2011, Andre was inducted into the International Tennis Hall of Fame for the Class of 2011.

While his tennis career took him all over the world, Agassi always stayed connected to his hometown of Las Vegas, Nevada.  In 1994, at the age of 24, he created the Andre Agassi Foundation for Education.  Early activities included building a shelter in Las Vegas for abused and neglected children, creating the Andre Agassi Boys and Girls Club, and developing Team Agassi, a tennis program that nurtures professional players and puts college within reach.

Over 17 years, the Foundation has honed its mission to focus on transforming public education.  In 2001, in partnership with the Clark County School District, the Foundation opened the Andre Agassi College Preparatory Academy (Agassi Prep) in historical West Las Vegas.  Recognized as a model charter school, Agassi Prep graduated its first senior class in June 2009 with a 100 percent college acceptance rate, as were the graduates in the class of 2010 and 2011.

Since retiring in 2006, Andre Agassi has increased his focus on his Foundation and on promoting education reform.  He is also building a lifestyle business through endorsement relationships, joint venture investments and real estate development.  In November 2009, he released his autobiography Open, which reached #1 on the New York Times bestseller list.

In June 2011, as part of an effort to expand his impact on education, Andre partnered with Canyon Capital Realty Advisors on an innovative new real estate fund – the Canyon-Agassi Charter School Facilities Fund – to promote the success and growth of best-in-class charter schools in urban communities across the United States.

Andre launched BILT by Agassi & Reyes in early 2012 to provide the public with the actual fitness machines hand-developed by him and his strength and conditioning trainer, Gil Reyes.  Andre won eight Grand Slam titles and dominated the world of tennis throughout his long career by recognizing the importance of strength, conditioning and safety through the use of these innovative machines.

He is married to tennis superstar, philanthropist and businesswoman Stefanie Graf.  The couple resides in Las Vegas with their children, Jaden Gil and Jaz Elle. 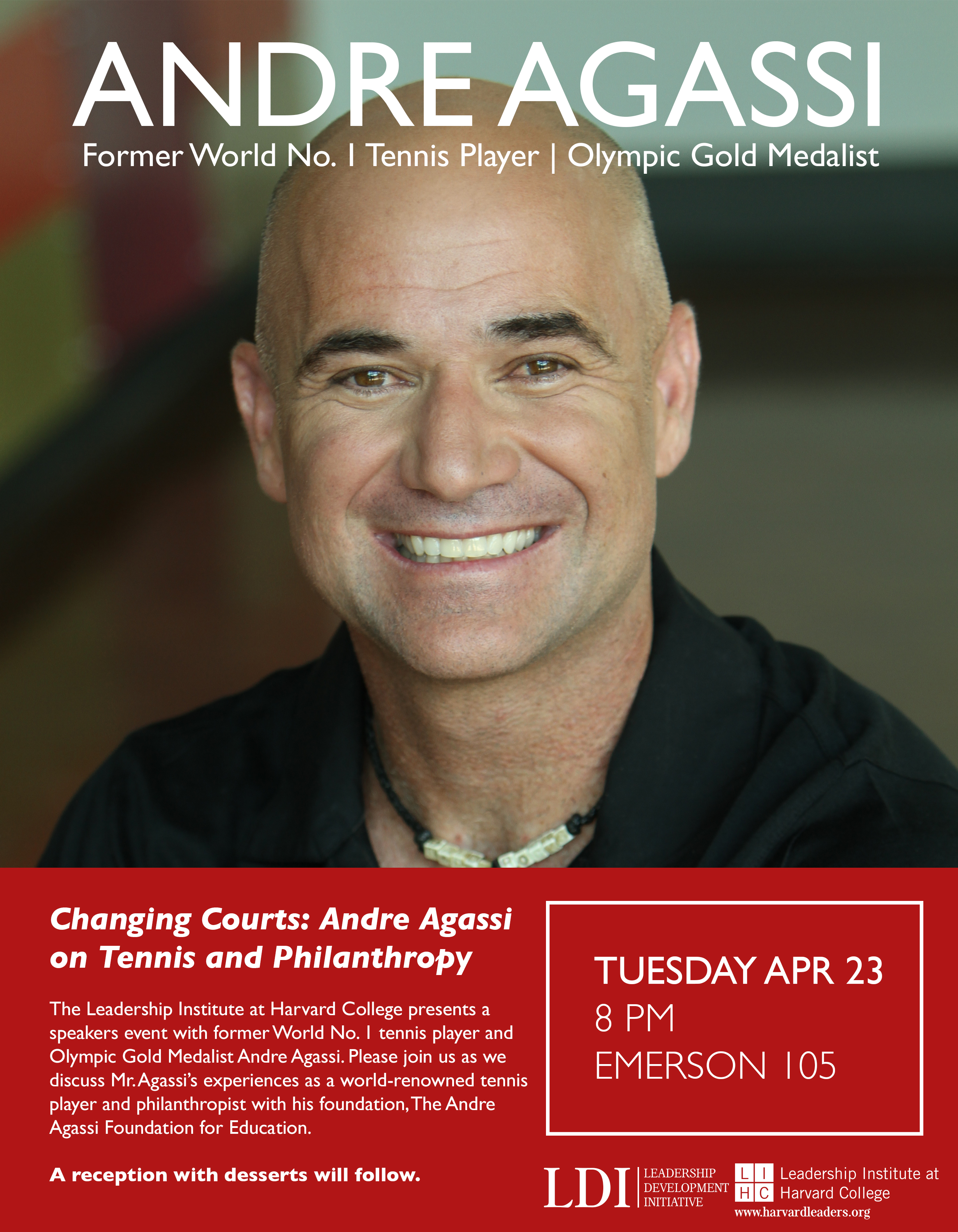